Bridging the Gap Between Creativity and Innovation with Yiying Lu 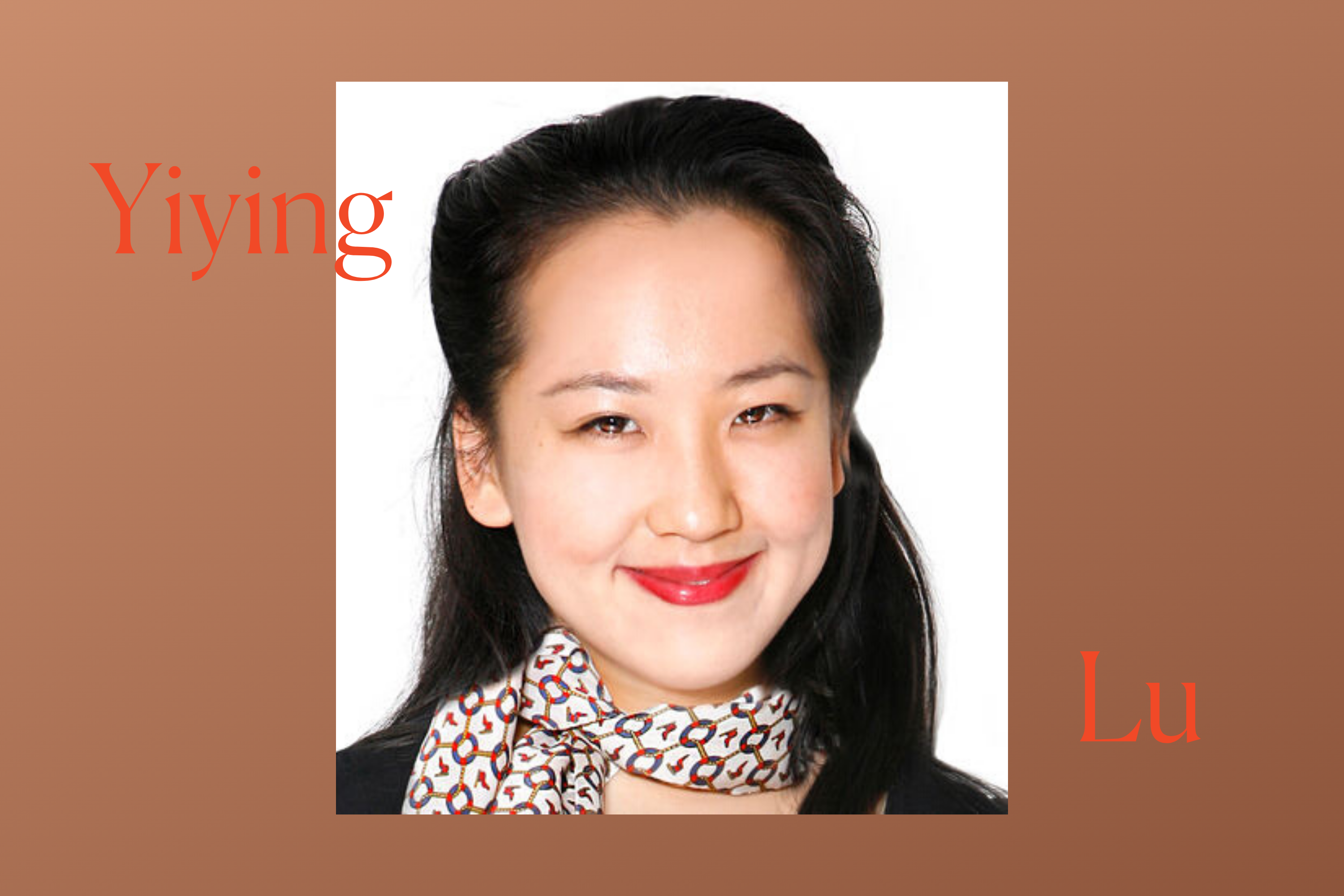 What we learned from the designer of the Twitter Fail Whale

If content is king, then engagement is queen, says Yiying Lu, an award-winning artist, entrepreneur, global educator, and the designer behind many iconic internet illustrations and emojis, including Twitter’s “Fail Whale”. During a NewCampus virtual mentoring session, Yiying was sharing how she approaches her creative and innovative work by combining function with fun, businesses and culture, technology and art, and the West and the East.

“As a designer or as a business leader,” Yiying says, “it is important for us to infuse these cultures and histories into the product… so that we can not only create important business value, but also generate more cultural value.”

In this post, we peer into her role as an artist working in the space of cross-cultural design and innovation to distill key learnings from Yiying’s virtual mentorship on bridging the three gaps between creativity and innovation.

Bridging fun and function in design

The first gap that Yiying often bridges in her work is that between the function of the design and the fun that it can potentially bring. According to Yiying, when you bring function and fun together in product design, the product stands out from the competition. To see how, let’s compare two scenarios.

In the first one, imagine you’re using your computer as usually but suddenly the computer crashes and your screen blanks out, or if you’re a Windows user, you are suddenly presented with the “blue screen of death”. Yiying would say you might be filled with shock, not knowing what to do with the unexpected breakdown.

Now in the second scenario you are using the social media app Twitter. But as you’re about to tweet what you had for lunch, Twitter gets a service outage, and the photo of the meal you can’t wait to eat is lost on the internet. But unlike the first scenario, instead of a jarring message on your screen, you are greeted with a cute illustration of a whale, designed by Yiying in 2008. Here, the mood brought about by the Fail Whale is different to the blue screen of death—with Yiying’s design, there is a level of enjoyment, amusement, and light hearted pleasure.

Bringing out the fun in function in a design like the Fail Whale allows the design to ignore linguistic barriers for the audience. It explains the reason why the Fail Whale is able to speak to audiences around the world.

Designing emojis wasn’t Yiying’s job or career, but a calling, she says. Since 2017, the emojis for dumplings, takeout boxes, chopsticks and fortune cookies that we can now use are thanks to Yiying’s superpower of art and imagination.

The early stages of the emoji designs began with a friend of Yiying’s, who invited Yiying to have dumplings one day. This was when Yiying’s friend texted her exclaiming that a dumpling emoji was non-existent in their phones. Soon after, Yiying realised that the dumpling is universal in many cultures—the khinkali in Georgia, gyoza in Japan, mandu in Korea, , empanadas in Spain,and the list goes on. Knowing this imbued Yiying with a sense of creative responsibility to make a dumpling emoji exist on the keyboard. “The world deserves a dumpling emoji,” she said. So, in 2017, the Unicode Technical Committee had approved the 4 new emoji designs from Yiying and we can now see them in our digital keyboards.

Still, Yiying hasn’t stopped designing new emojis. And if you enjoy having bubble tea, Yiying recently announced the release of a bubble tea emoji, expected to be released in the late quarter of 2020.

When Yiying was the Creative Director of the venture capital firm 500 Startups, she managed to capture the nuances of different cultures in her redesigns for 500 Startups for different local markets. In one example Yiying shared, she was working to localise their brand in Hindi for the Indian market. At first glance, it might seem like a simple task, translating “500” in arabic numerals to “500” in Hindi numerals, which is “५००”. As Yiying pointed out, for non-Hindi speakers, the Hindi script would look like 400, which is not what she wanted.

But even if Hindi is used in the design, Hindi is only one of the 22 major languages officially spoken in India. So, to have a fair representation for all these languages in 500’s logo, Yiying’s solution was to integrate these languages into the logo’s border, and to use the colours of India’s flag in the logo to reinforce the identity of 500 Startups in the Indian community. Similarly, when Yiying had to redesign 500’s logo for a women entrepreneurs’ event in Korea, Yiying took a similar approach in integrating the Korean phrase for “women”, yeoseong 여성,into the logo.

Initially, Yiying thought redesigning the characters was going to be tricky because apart from Mulan, the other characters do not appear to have any clear connections with Chinese culture. Even so, she  managed to draw inspiration from Chinese art and culture—such as paper cutting, traditional Chinese clothing—to bring out the essence of Chinese culture in the Disney characters.

In all, Yiying said that in introducing elements of a foreign culture into a new brand, the local customs and traditions of the target market should be recognised and respected. For her, coming up with good designs for brands that involve the blending of different cultures comes from being able to unify seemingly different ideas, with the foundation of respect and understanding of the cultures. It is from this, Yiying says, that we can truly generate new business and cultural values, values that are the very key to benefit our future.

For the latest updates and information on upcoming conferences and events, check out our events calendar.

NewCampus is a modern leadership school that aims to equip a new generation of critical thinkers and infinite learners to take on the challenges of the era of unprecedented global change ahead. Our classes and events are hosted in micro-campuses across Singapore and satellite campuses around APAC. For more information please visit newcampus.co.‍

Fijar Muhawimia from Jiva on Empowering Farmers through Agritech

Michelle Ann Tilano, learner at NewCampus shares how she built an award-winning customer success team in spite of the doubters around her.

Customer success: going the extra mile for people from all walks of life

John Lester Aguirre, learner at NewCampus shares his story, from his days as an implementation consultant to leading customer success teams.

Joao Flores, Regional Executive Creative Director at Media.Monks shares with us what it takes to develop creative leaders at scale

Peishan Tan from Mixpanel on 'The Art (and Science) of Listening'

Haniah Omar from Media.Monks on Leading Creative Teams at Scale

We chat to Haniah Omar from Media.Monks about leading creative teams at scale

Use Empathy to Lead Cross-Cultural Teams

Being curious to learn, mindful about how we communicate and checking our assumptions when we settle conflict

Managing Director for ClassPass APAC talks about the future of fitness, branding and growth strategies

Singapore Country Manager for Impossible Foods shares how they localised their products for Asian markets, identified their ideal consumers

How to make decisions in highly stressful situations, as well as identify and avoid possible pitfalls

It's Women’s History Month 2021! We reflect on learnings from experienced women leaders and change-makers in our community on hiring for an inclusive culture, self-compassion, resilience and vulnerability.

As part of Womens History Month 2021, we reflect on lessons from women change-makers in our community on growing through risk-taking, democratising purpose and reversing 'ageism'.

COO at Love Bonito shares illuminating insights on influencing culture, being better managers and making a difference for our teams.

When there's no one right answer and potential solutions pull in opposite directions, how do we navigate this complexity, especially within organisations?

What influence does our shared love for stories can have over our beliefs, thoughts, and actions?

Flexing Your Brand and Creativity on TikTok with Evgeni Atanasov

More than just receiving likes and views, advertising on social media is about co-creating content with purpose and value.

Learn from Dr Susan Chen, Gojek's 'learning scientist', on how you can create a curiosity-led culture of learning in your organisation.

Learn from the VP of Communications at Netflix on how they use storytelling to amplify their brand and products.

Bridging the Gap Between Creativity and Innovation with Yiying Lu

What we learned from the designer of the Twitter Fail Whale

Lessons on Resilience from Global Leaders of Remote Teams

Highlights from our session on unconventional careers with Yolanda Lee

Meet the creative entrepreneur and get to know her journey

To navigate the festive season better, we learn some lessons on living mindfully from a confidence & business coach, yoga teacher & singer-songwriter

Meet the community builder, model and entrepreneur and learn more about his journey

Exploring how automation, tech trends and creativity will impact our jobs, skills and wages in the future

Balancing multiple interests, Donna talks about how everything she learns adds to her thinking.

Jeslyn Low, a Singapore colearner shares how she sees the ability to learn as a privilege.

Daniel Roquette, a Singapore colearner shares what it means to "stand on the shoulders of giants"

Meet Elroy Lee, a NewCampus Singapore colearner and find all about his "why not" mindset and more!

We caught up with Louis Puah, a NewCampus Singapore colearner on lifelong learning and more!

Tip from Blackbird Ventures on becoming a Future-Proof Millennial

Five pieces of wisdom from our class hosts for 2019

Nuggets of wisdom for living, learning and working better

Marjolaine on “Mindfulness for career growth”

A 16-year-old's workshop on mind-controlled drones

An "Idea Mash Up" workshop with Richie Nainaney

Brainstorm, connect and mash with Richie Nainaney at our colearning campus in Dubai

Solonia, NewCampus' Lead Sprint Coach gives the lowdown on her career journey, passion for coaching and hopes for future learners at NewCampus
View all Conversations >